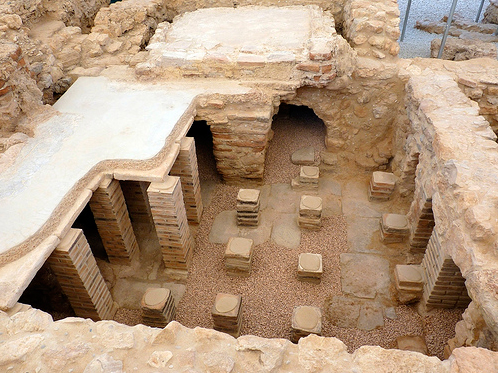 ROMAN HOUSE ALBIR
In 1979, the town hall of Alfaz del Pi started building a parking near the beach of Albir. During the process they discovered the remains of bones from the roman times, so during the 80’s and 90’s a thorough work archaeological was carried out that revealed a house a mausoleum and an extensive necropolis, all dated between IV and VII centuries A.C.

Since April 2011 it has been possible to visit the 2 musealized areas, which makes it the first outdoor museum in the Valencia community:
The first of them is the roman house situated en Bulevar de los Músicos street.
Apparently the house was reformed around the V century A.C possibly after a change of owner and this brought a reconstruction of the property with an extension of the hot springs and the residential part.
The hot springs have a structure of several rooms including changing room (apodyterium) land rooms with cold water (frigidarium), temperated (tepidarium) and hot (caldarium). 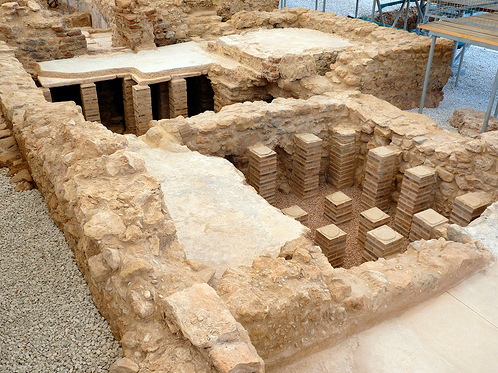 The second area renovated is the mausoleum, at Ruperto Chapi Street.
Rectangular in shape with several rooms, it seems quite likely that the mausoleum belonged to the owners of the roman house. 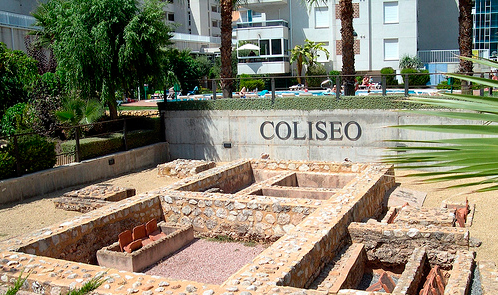 According to the remains found after the abandonment of the house this was used as burial site, even defining it as a specific area for a baby burial site.
You’ll find explanatory panels, panels with ideal reconstructions of the town and the hot springs and even a complete reconstruction of the burial of two people, an adult and a child. All objects found and some burials can be visited in the archaeological museum in Alicante (MARQ)

It is a short visit for people who love archeology, we leave you some links so you can see more photos that can inform you of the whole story behind this unique site.

DO NOT MISS ANYTHING!
FOLLOW US ON SOCIAL NETWORKS