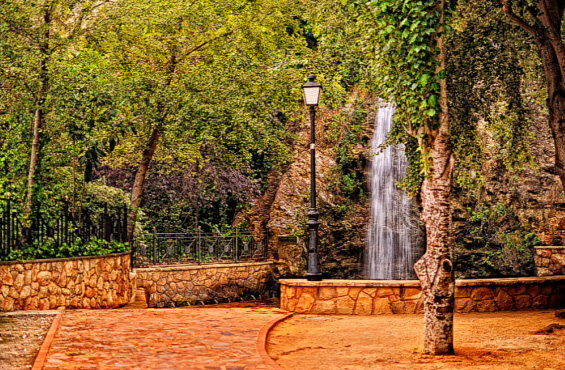 Sometimes, when we visit tourist areas, the crowds of people and the official guides make us aware of places that are well worth a visit and that surprise us with their landscape or history. The province of Alicante is full of these little magical corners and from Camping Almafra, today we want to highlight one of them:

If you are lovers of magic and the legends of gods, princesses and witches, this little park  you will like very much it belongs to the town of LaNucia, in the book Rice Planters by José Amador Asín, we find the story of La Favara that tells us that, in the days of the Celts, Roxana daughter of the governor of La Nucía, was promised in marriage (actually in sacrifice) to the God Kent by a priestess. She was in love with Aituna Ochoa and terrified of her imminent death, rejected the marriage and fled to a ravine in Onosca (La Nucia). Such was the anger of the priestess with the princess, that she cast a terrible spell and poor Roxana was instantly turned into stone and her eyes were two springs of water. From that day on, the princess’s tears flow without comfort. It is said that those who drink the water from the waterfall fall madly in love with Roxana and that, in the sound of the falling water, her cries can be heard. 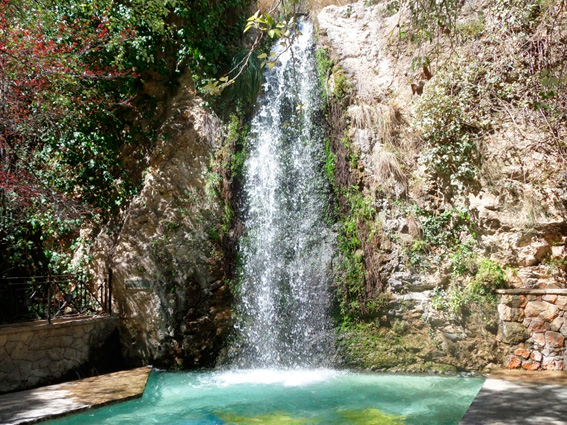 The tears of the poor girl have left us a 5-meter-high waterfall that has been flowing for about three centuries (and they say that there are no eternal loves). The first written reference to the source is found in a document from 1748 and has always been a meeting place for neighbors since, in addition to being a point of collecting drinking water it also housed one of the two municipal laundry rooms.

From 1913, the current image begins to appear little by little with the planting of some trees that we can still enjoy today. Around these centenary trees, all the elements that form La Favara Park have been added, especially in the last 40 years and in several phases: a picnic area with tables and benches, a playground, a small rustic bar, a historical panel that was installed in 2004 and a stone that reproduces the legend of Roxana. The adjoining gardens are also enjoyed by those who like natural spaces.

DO NOT MISS ANYTHING!
FOLLOW US ON SOCIAL NETWORKS